Delicate tannins and an elegant mineral core will see this wine drinking well on release and developing for at least 5 years.

Whether a mystical pagan goddess of feminine power such as Isis, or the popular Catholic of the Virgin Mary with a darker complexion as reflected in artwork around the world, the Black Madonna or Black Virgin is an apt name for our Pinot Noir. This wine shows cool climate poise and elegance with an earthy and bright fruit character.This vintage expresses the typical earthy and savoury aroma of this fine Burgundy variety and is backed by a red fruit character. A greater selection clones and blocks during picking and older elements in the blend shows a darker and more textured style in bottle from previous vintages. 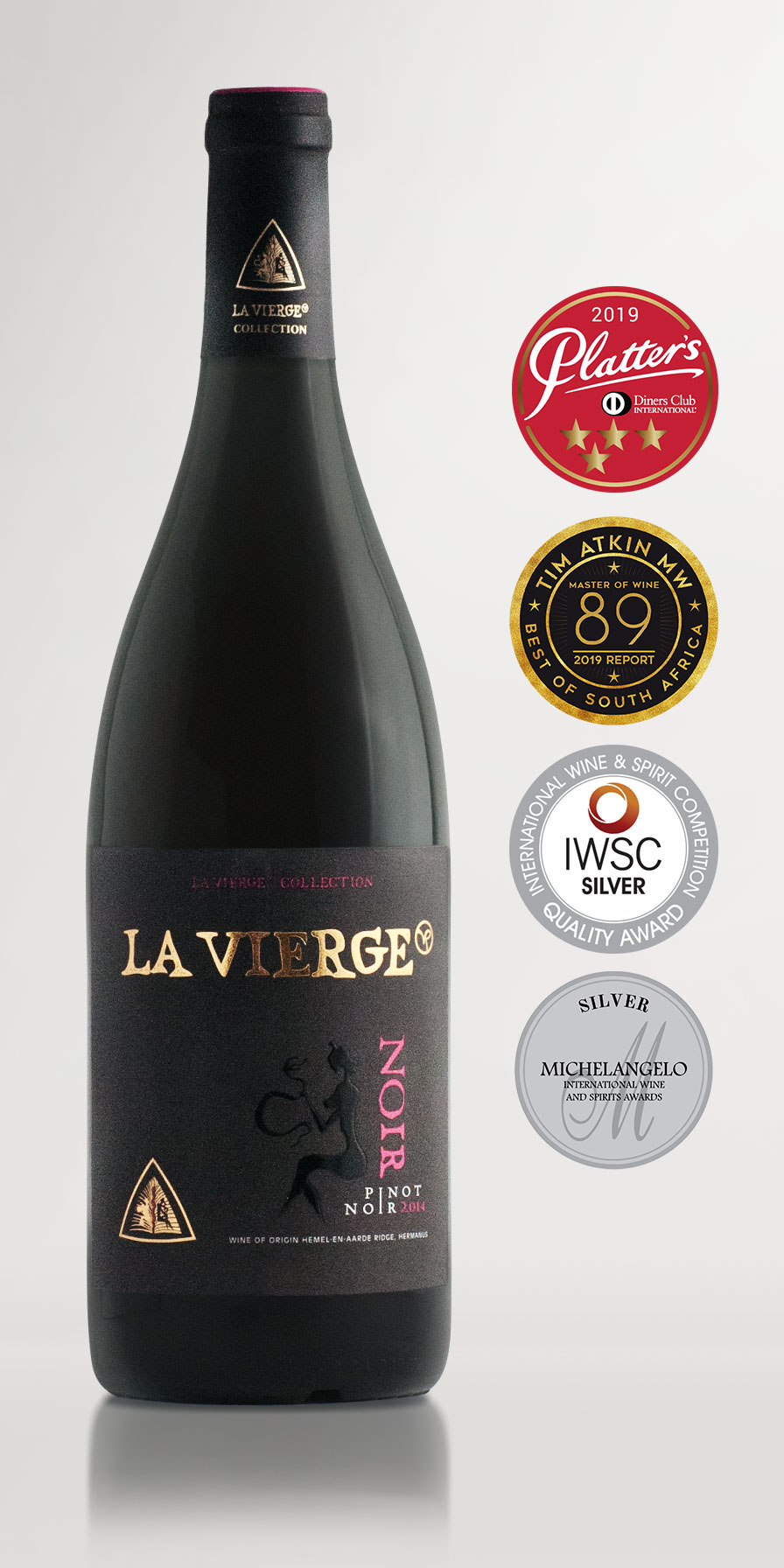 This our Pinot Noir from vines situated in the newly declared ward of Hemel en Aarde Ridge. This wine shows cool climate poise and elegance with an earthy and bright fruit character.Origin: Hemel-en-Aarde Ridge

Soil Type: Planted to Argillaceous Shale of the Bokkeveld Series
Aspect: North West
Trellising System: Vertical Shoot Positioning (Perold)
Age of Vines: 3 – 7 years
Vines per Hectare: 5500 – 7000 Average
Climate: The Pinot Noir planted on our farm in the new ward of Hemel-en-AardeRidge, 10km in proximity to the Atlantic Ocean. The climate being “temperate” in style, where the southerly maritime winds blow through the appellations during the summer. These winds in turn bring regular sea mists and overcast conditions to the areas and with it more even temperatures. The average temperature is 19°C and rainfall, approximately, 750mm per year.

After overnight cold storage they were sorted, destemmed and gently crushed into red ferment tanks. A 35% portion was fermented whole bunch in the tank. Cold maceration occurred for 7 days.  The wine was then fermented under controlled temperatures until dry.  The skins were then lightly pressed and the wine racked into a selection of French Oak Barriques (30% new barrels) for 9 months ageing and maturation. Final blending occurred one month prior to bottling and the wine was allowed to develop further in bottle prior to release